During the Dutch Community event in Barcelona, GSMA CEO John Hoffman congratulated BroadForward CEO Taco Schoute with winning the GLOMO Award for Best Mobile & Network Software Breakthrough. With 6 previous GLOMO nominations for Best Mobile Technology, the GSMA gave the highest honor to BroadForward for their converged signaling solution enabling “4G-5G Hybrid Core” deployment models, uniquely allowing operators to opt for a gradual transition from 4G to 5G Core rather than a hard cut-over. John Hoffman, reminded the audience that “Winning the GLOMO means BroadForward are among the best of the best”. 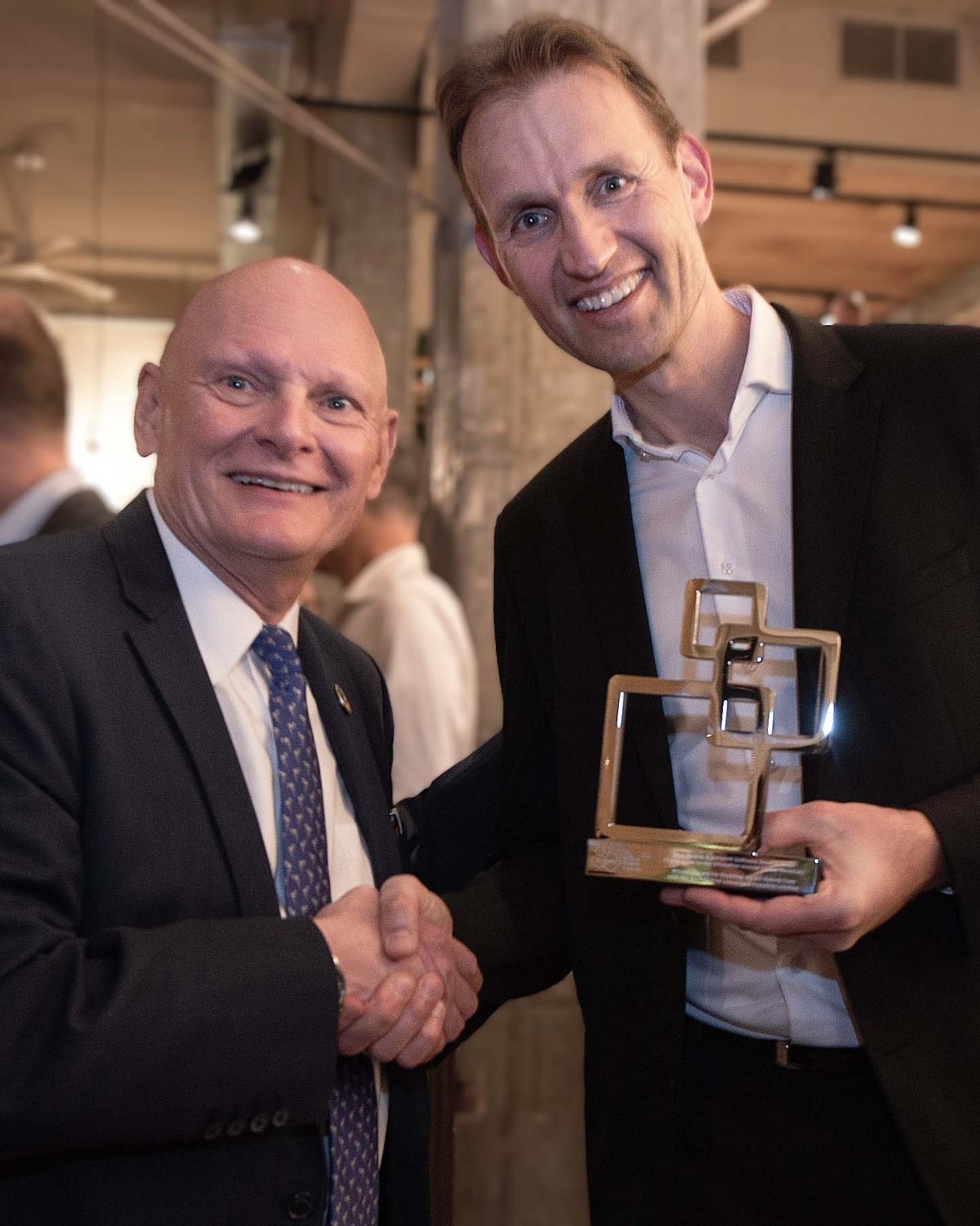 Hoffman: “Winning the GLOMO means you are among the best of the best”

Discover more about the world’s most advanced signaling solutions!

“BFX is light years further than any other vendor in the market today”
“We are very happy with your products for many many years in a row now and you’ve never let us down”
“The platform is extremely flexible, rock solid and occasional issues are always handled swiftly by the team”
“You guys have a great product with the DRA, we’ve been able to create some pretty complex flows and routing rules”
“We’ve deployed the BroadForward multi-technology signaling platform, enabling advanced control in our global IoT services network, as well as unrivaled flexibility to meet specific enterprise demands”
“BFX is a great product. We have been using them for years. Extremely reliable. Expecting nothing but the best from them. Great choice”
“Working with the BF team always has been a great pleasure with very satisfying results”
“BFX and more importantly, the BroadForward team is a key aspect of our success”
“We are really enjoying the platform”
“Nimble and agile solutions are the future of this industry, and for once, we have one”
“The more I use BFX… the more I am liking it”
“Very good technology, I am impressed”
“Miles ahead of the competition”
“This is the best product, this is the next generation”
“Working with BroadForward is like a breath of fresh air”
“Our management is thrilled about the success of the migration”
“I really, really like your product”
“By far the most advanced and flexible DSC seen so far”
“Truly amazing functionality”
“Enabling DRA function in network in just a few hours”
“Don’t need any scripting”
“Really cool product”
“Winning product”
“Unique capability in our network”
“Amazingly powerful product”
“Designed to provide maximum agility”
“Remarkable new technology”
“You provide the glue”
“Structurally speeds up time-to-market for new services”